Placed outside the Nobel Peace Center, the bench is designed as a symbol of dialogue and peace. The six-meter-long aluminum sculpture is shaped as a semi-circle, ensuring those sitting on it slide to the center, close to each other, to encourage dialogue.

Given the task to create a “tool for dialogue”, Hydro joined forces with design firm Snøhetta and furniture maker Vestre to create an installation in aluminium for the Nobel Peace Center in Oslo. The peace bench is named ‘The Best Weapon’ after a quote by Nobel Peace Prize laureate Nelson Mandela: “The best weapon is to sit down and talk”.

The name is engraved into the aluminium surface of the bench. The installation is a symbol of diplomacy and dialogue and pays tribute to the Nobel Peace Prize laureates and their efforts to bring people together to find effective solutions for peace.

Journalists Maria Ressa and Dmitry Muratov will receive this year’s Nobel Peace Prize during a ceremony at Oslo City Hall on December 10, 2021.

“Being a global company with operations and activities all over the world, we see close dialogue with the communities we operate in as a foundation for viable business and sustainable operations. As a long-term partner of the Nobel Peace Center, we are pleased that aluminium by Hydro can play a key role in this work of peace art,” says Hydro’s President & CEO Hilde Merete Aasheim.

The bench was initially placed outside the United Nations headquarters in New York City on Nelson Mandela Day, July 18, 2019. Now, the bench will be placed permanently in City Hall Square (Rådhusplassen) in Oslo, next to the Nobel Peace Center, and remind us how important it is to sit down and talk together.

Designed as a semi-circle that meets the ground at its lowest point, the gentle arc allows gravity to pull those sitting on it closer together. The installation’s simple gesture invites its users into dialogue. The installation is made of aluminum from Hydro – a robust and durable material that will ensure the Peace Bench can host conversations for generations to come.

Standing as a symbol of diplomacy and dialogue, the bench is a tangible tribute to the legacy of Mandela, the Nobel Peace Prize, and efforts to find good and effective solutions for peace.

About “The Best Weapon” 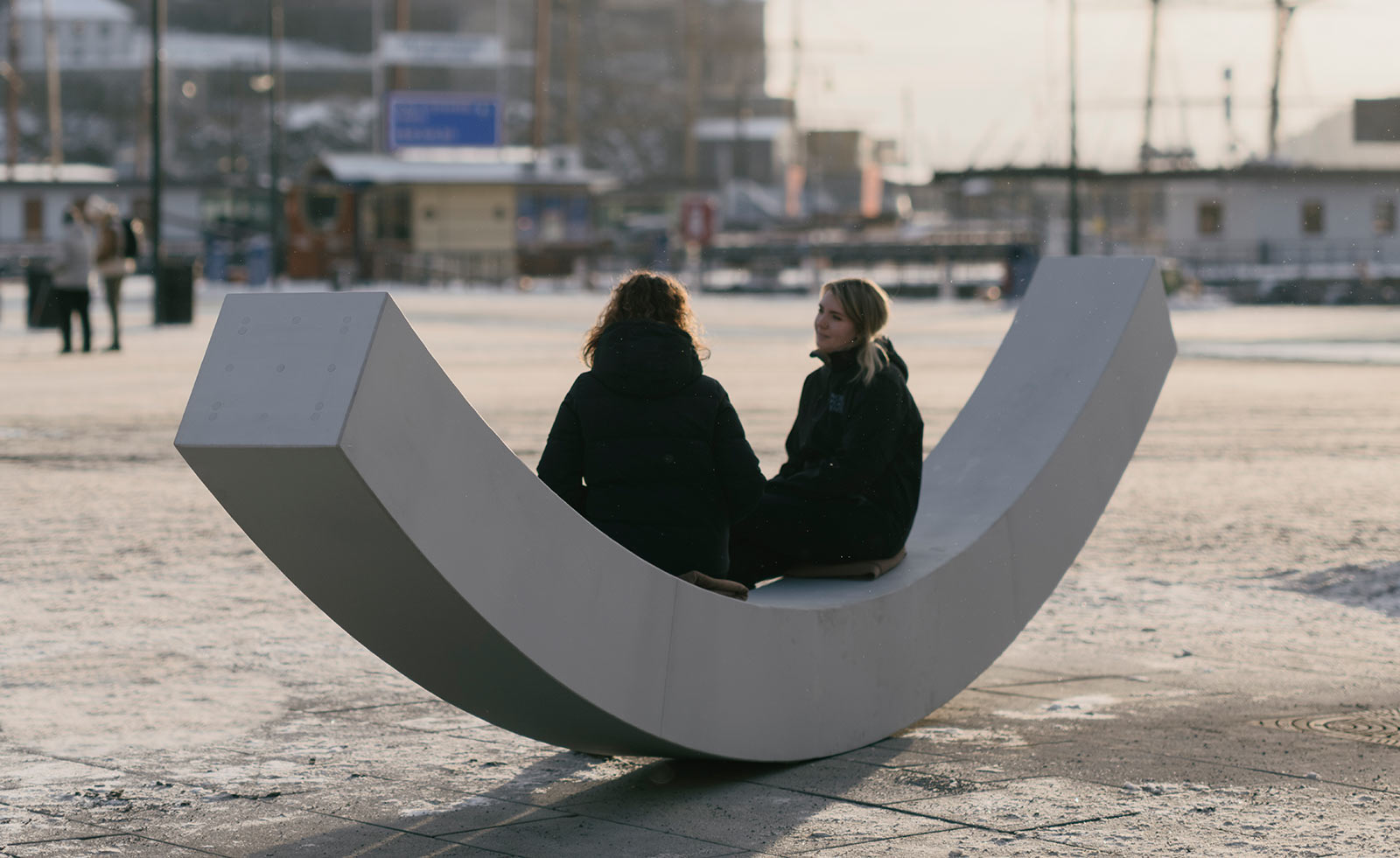