Designing with aluminium states your intent to produce a great product with a strong, light, recyclable and design-friendly material. The collaboration between the DNA Paris Design Awards, Studio Briand & Berthereau and Hydro is a perfect example.

An object more than a trophy

DNA Paris Design Awards was created to celebrate design "without borders," the founders of DNA Paris say. This award has many benefits for designers and the winners deserved a trophy that would match their talent.

DNA Paris called on the Studio Briand & Berthereau to design it. The main idea was to "create a real sculpture representative of DNA," says Arnaud Berthereau, co-founder of Studio Briand & Berthereau. The trophy reflects the five categories of the competition, its shape and lines evoking both architecture and graphic design. This piece is unique because beyond being custom-made, combining the context of the object with a specific expertise was possible, thanks to the aluminium extrusion.

From concept to reality with Hydro

"We already had the opportunity to collaborate with Hydro, we got along particularly well and we were waiting to find another topic to work together again. As expected, Hydro helped us to move quickly from development to parts realization," Berthereau adds. 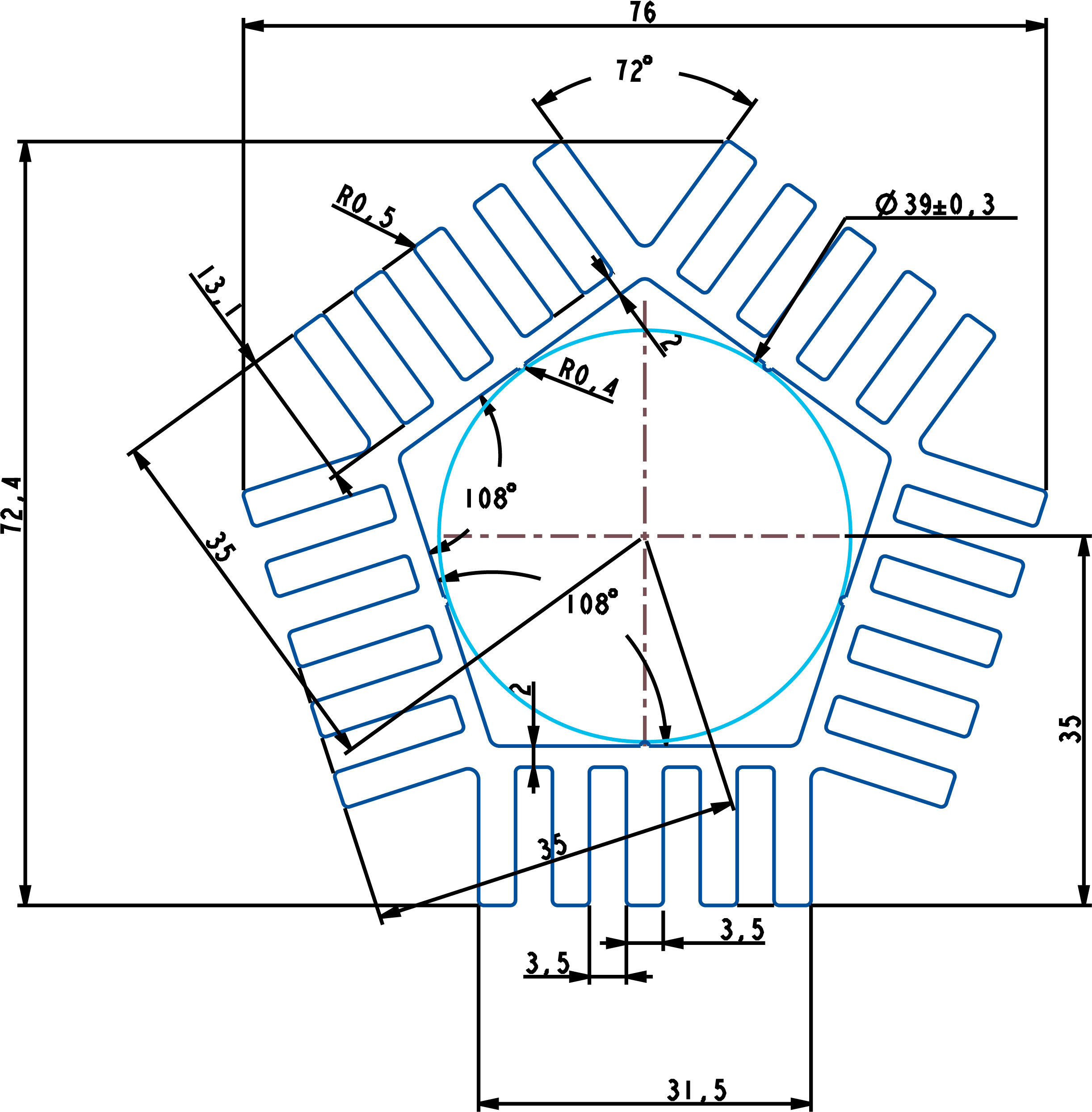 From the drawings of Studio Briand & Berthereau, our Hydro Special Projects Department defined the extruded profile section and found the right technique to assemble the machined end caps. Material had to be optimized so the trophy would not be too heavy. This would not have been possible if it had been machined from scratch. Beyond extrusion, the profiles were also cut and painted in our Albi plant in southwest France.

"Like many designers, we are fascinated by manufacturing techniques, extrusion being one of them. Often used in industry, the process is hidden because it is often used as a support to assemble objects. Unlike that, we use extrusion as a method of expression, and we put it forward," Berthereau explains. At Hydro, we also believe that extrusion is a process that deserves to be popularized in so many areas.

DNA Paris truly believes in the power of difference. This trophy had to be made of a noble and recyclable material. To meet their needs, the trophy was made with Hydro REDUXA low-carbon aluminium, making DNA Paris stand out because sustainability is a key part of tomorrow's design.

DNA Paris was created by Hossein Farmani and Romain Lahoussine in 2019. The project is based on two pillars. DNA Paris Design Awards is an accolade honoring the work of international architects and designers. The competition brings together the best projects in architecture, interior design, landscape design, product design and graphic design. DNA Paris Summer Design Conference is a series  of events designed for curious minds willing to learn, discuss and anticipate what’s next in design.

Created in 2011 by Joran Briand and Arnaud Berthereau, the studio operates in the fields of design. Its philosophy is very simple: make the most possible out of the least possible. This approach, which could be called “frugal,” seeks to create the perfect balance between form and function, while optimizing responses to financial and environmental constraints inherent to every project.